After the Second World War, and especially between 1960 and 1980, there was a considerable increase in the production of onyx and semi-precious stones in Montaione.

The future is carved from the past

It all began with the opening of two onyx quarries (Pescatori and Lotti), and also with the processing of the stone, carried out by Etoca dei Baldi in Forni, Onixflorence in Torri and Onice Pescatori at the quarry itself.

Later, to keep up with market demand, the firms began working with green onyx from Pakistan and coloured varieties from Mexico, and also with other stones such as malachite, rhodochrosite, tiger’s eye, falcon’s eye, agate, sodalite, lapis lazuli, amethyst, quartz, paesina and others. 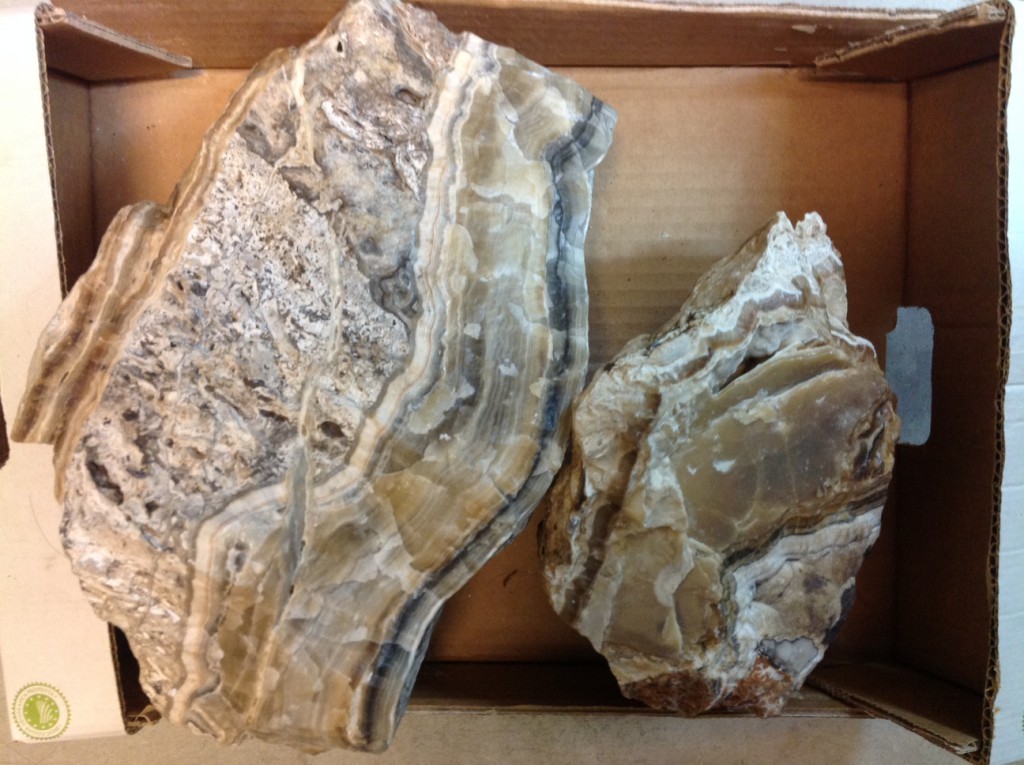 For 20 years the Municipality tried to raise awareness of the product, with annual exhibitions as part of the summer festivities. Montaione onyx has many colour variations and geometric patterns (due to the alternating colours of the layers deposited), and is commonly used to make objects such as vases, boxes, cameos, pendants, cabochons, and large-sized slabs for tables and countertops. When cut in thin sheets, it is fairly transparent and varies in colour from yellow to brown, white to black.

In 1971 the industry employed 15 quarry workers and 71 in processing. However, in the 80s the market fell into crisis and all the workshops closed down, except for Tosco Ticciati from Montaione, which remained open and managed to expand, with outlets in the Middle East. In 1981 there were 4 quarrymen and 24 stoneworkers.