Limestone onyx is the marmor alabastrum of the ancient Latin people, which came, according to Pliny, from a fortress named "Alabastra" located in Thebes in Egypt and where there were countless quarries providing stone for the construction of temples.

But before it was called alabaster, this stone was known as onyx, and hence the name onyx marble, as documented even in the book of Genesis, which mentions onyx stone.

The term Onyx refers to two completely different types of rock: silicate onyx, usually black in colour with white stripes, whose composition is SiO2, nH2O; this type is similar to chalcedony, but unlike quartz which is a crystal, and it is found predominantly in Brazil, Mexico etc; and limestone onyx, also called alabaster onyx, etoca onyx or Egyptian onyx, which is composed of CaCO3. In Italy the the various coloured versions from Montaione are well-known, while the pale green version from Pakistan is popular abroad. 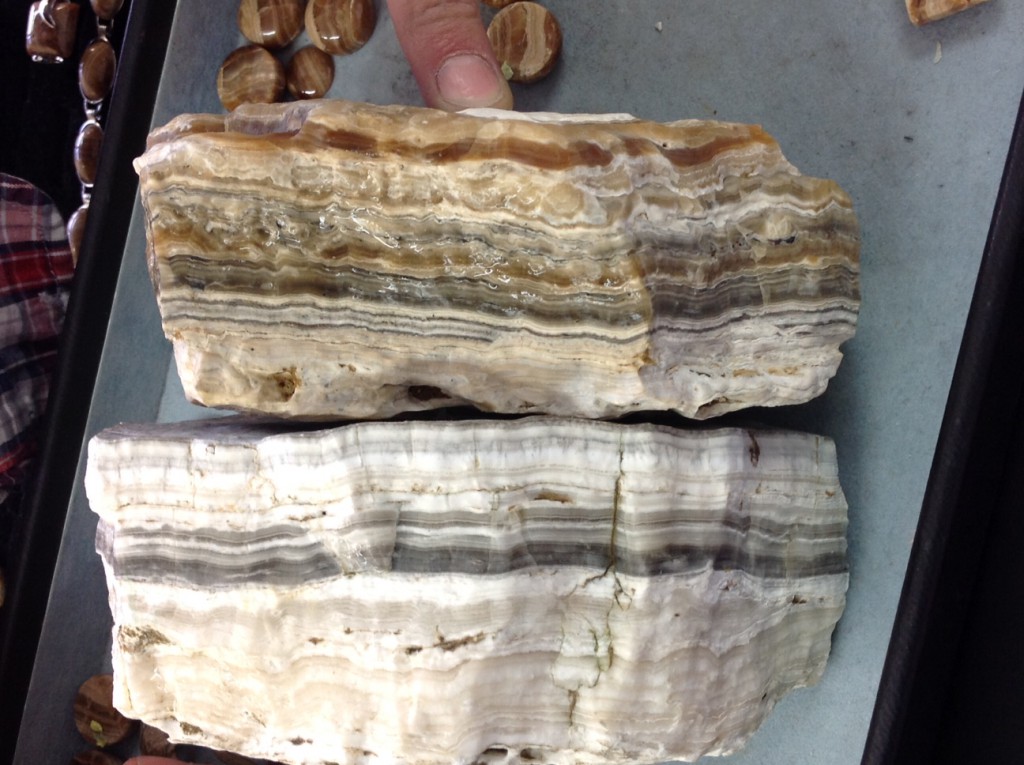 Onyx, from the Greek onyks, was so-called because of its resemblance to the fingernail, with its markings and cuticle. The terms alabaster and onyx were essentially used indiscriminately, and the classification of marble varieties on the basis of their colour was also confused; only recently have they been classified according to their chemical composition.

The presence of concretions of rock fragments gives this stone a distinctive appearance with a variable compact-fibrous, radiated-fibrous, parallel-fibrous or concentric-zoned structure. A distinctive feature is the stone’s translucence and variegated banding, which can be millimetres or centimetres, most often in shades of brown, giving this type of marble a multicoloured, diaphanous appearance.

In the southern part of the Montaione area, fractures in the travertine banks reveal veins of a variety of limestone alabaster, whose structure and colours – usually in shades of white, grey, brown and chestnut – generally classify it as alabaster onyx. The most obvious structural characteristics in fact resemble true onyx, a variety of chalcedony, with typical white and black banding.

However, in this particular case, the stone is simply calcium carbonate which has undergone a process of re-precipitation and re-crystallisation, filling the vertical cracks in the original travertine. Alabaster onyx should not be confused with gypsum alabaster from Volterra, which is less valuable.